The home of Halims Agoda, the lawmaker representing Ethiope Federal Constituency was, Monday, invaded by a swarm of bees.

The invasion came three days after he was declared the lawful winner of the February 23, 2019 National Assembly Election by the Election Petition Tribunal.

However, a post by a Facebook user, with the name: Believe Egbe, Monday morning, said that the bees reportedly died at the doorstep of the lawmaker’s house.

“The bees couldn’t penetrate the house and through God’s divine power, they all died at the doorstep. Do you still doubt that God is ahead of us?

“Rt. Hon. Halims Agoda’s victory is from God so no weapon fashioned against him shall prosper. Every spiritual attempt to kill Hon. Halims Agoda will be fruitless. Every evil arrow will return back to the sender. He is a Man of the People and a sincere Leader. As God lives, no evil shall come near him.” 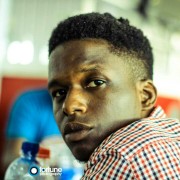